Sky kids app to focus on VoD, not games 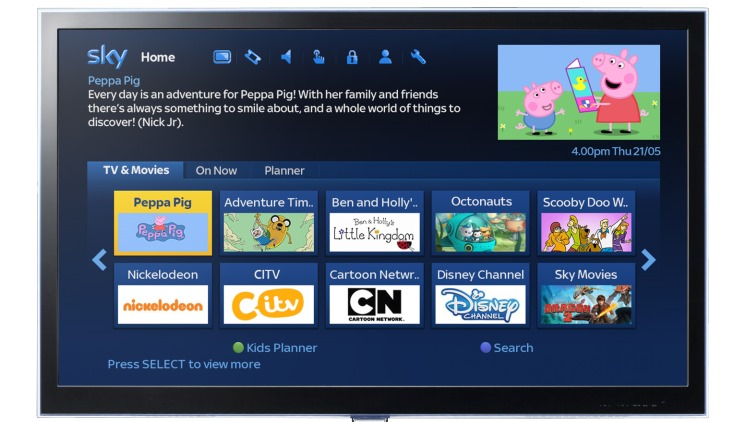 Sky’s forthcoming kids app will be device agnostic, but will not include games content, the operator’s recently-appointed head of kids content has revealed.

Speaking at IHS’s PEVE Entertainment Business Futures 2015 event in London this week, Lucy Murphy, said that Sky had recently expanded its kids catalogue from 700 hours to 4,000 episodes – from partners like Viacom, Turner, Disney – though does not plan to move into original kids productions.

“Right now we’ve got a lot of content. It’s really the first task to make sure that we present that in a way that people want, that they love, that parents trust, and is a fantastic service,” said Murphy.

Asked whether Sky’s kids app would be ‘mobile-first’, Murphy said that “Sky is very agnostic about what the platform is” and that “TVs aren’t going to be kicked out”, but added it’s a “no brainer” that kids enjoy consuming content on mobile devices like tablets.

“Mobile usage is definitely increasing with kids. 70% of kids now have access to a tablet, 25% of under-sevens have their own and 30% of eight-to-11s have their own tablet,” said Murphy.

She said the app, which was first announced in June and is due to launch in early 2016, would offer a “playful” experience for kids to pick and watch content they want to watch – but will not include games on the service.

“Allowing them to watch great things in a playful and intuitive way is really key. But I think in terms of gameplay, Sky at the moment has no plans to include games on the app,” said Murphy.

Sky appointed Murphy as its first kids content chief in September. She was previously a producer with shows like Horrid Henry, The Gruffalo and Bing Bunny among her credits, as well as creative director and head of content for soon-to-launch UK kids VOD service Azoomee.

In September, the BBC said it will launch a standalone children’s version of popular on-demand service BBC iPlayer next year.

The corporation has also outlined plans to develop a service called iPlay, which is designed to act as a “single, online front-door for children” and will included content from the CBBC and Cbeebies channels, alongside interactive formats and games, and child-appropriate content from elsewhere on the BBC.