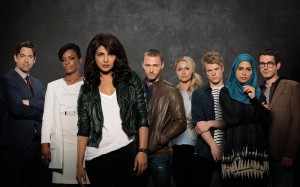 ProSiebenSat.1 and The Walt Disney Company have agreed a significant multi-year agreement that gives the former new US series and movies.

The deal is a coup for German broadcaster ProSiebenSat.1, with Disney’s output previously going out in the territory through former local partner RTL.

ProSiebenSat.1 also has access to Disney back catalogue titles such as Frozen and Monsters, Inc.

“Our viewers will enjoy selected series that can only be seen with us – and not just on free TV, but across all platforms,” said Rüdiger Böss, ProSiebenSat.1 Media’s executive VP of group programming acquisitions. “The deal with one of the world’s largest media corporation is an important strategic step and strengthens our competitive position for the long term.”

Disney and ProSiebenSat.1 have had various programming deals over the years, though none to this extent or level of exclusivity. The German firm also has agreements in place with Warner Bros., NBCUniversal, CBS Studios International, Paramount Pictures, Twentieth Century Fox, Studiocanal and Constantin Film.