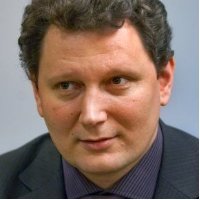 UPC Hungary’s rollout of cloud-based TV apps, including YouTube, on legacy set-top boxes has exceeded expectations in terms of take-up to date, according to Arpad Jordan, CTO, central and eastern Europe, Liberty Global.

Speaking at the Digital TV CEE 2015 conference in Warsaw this morning, Jordan said that over 50% of Liberty-owned UPC Hungary’s subscriber base has now accessed YouTube via legacy set-tops – based on ActiveVideo’s cloud technology – and that over 50% of those have become repeat visitors. The company has also passed the milestone of more than two million minutes a day of YouTube content being viewed on its boxes.

UPC Hungary now faces the challenge of delivering the service across a large base, with high rates of concurrent usage.

“We need to ensure that it remains scalable,” said Jordan. Concurrent use has increased steadily, but the technology has been able to cope with this, he said, claiming that service providers have to combat OTT services and devices that offer content through apps.

Asked by DTVE about plans for expansion elsewhere, Jordan said that not all countries have VoD capability or boxes that the technology could be used on, but he said that Liberty plans to use it across less powerful boxes in multiple markets where this is possible. There is still a discussion about whether to use it in markets where the advanced Horizon set-top box has already been launched, said Jordan. Ultimately, Horizon will also have a place in Hungary, he added.

Jordan said that Liberty Global was committed to Horizon because it wanted to retain a Liberty Global interface. “We are strongly committed to set-top boxes for now and we are looking to the next generation, such as 4K. Some deviation is conceivable – keeping entertainment and connectivity in the same box may not be the best solution, however,” said Jordan.

He said that prior to its launch of cloud-based apps, UPC Hungary was using 10-year old technology and boxes with limited capability. He said that the company was trapped by its use of out-of-date middleware. “Liberty Global’s response to the middleware jail has been to adopt RDK,” said Jordan. “However, there was none of this on the horizon in Hungary.” To find a way of launching internet TV apps, the company turned to the cloud, with considerable success since the service launched, he said. Jordan claimed that UPC had used HD as a differentiator to help push its base to 500,000. Although its boxes had limited capability, all were equipped with DOCSIS modems.

Jordan said that UPC had chosen ActiveVideo’s technology to render a new UI from the cloud. “We looked at what we could bring from the Horizon experience to this platform,” he said. The application framework on the roadmap for Horizon was designed to enable the creation of HTML5 apps. UPC updated its boxes with the ActiveVideo solution and this enabled it launch a similar range of apps to Horizon, but on its legacy boxes.

“Hungary has been chosen as a field trial. It is quite a competitive market with value-based competition. There is also cost-based competition. Our subscriber base has given us some meaningful results and this project carried limited risks,” he said.

Jordan said the Hungarian trial had posed challenges. “This is not an easy integration,” he said, but added that “it is important to look into legacy set-top boxes” because high-end devices are not always applicable for certain markets, including central and eastern Europe.

Jordan said that UPC had initially been unable to certify its MPEG-2 boxes for YouTube because it could not scale recoding YouTube videos in MPEG-2. However, Intel came out with a technology that enabled the operator, using Kontron’s solution, to transcode content in the cloud from MPEG-4 to MPEG-2 to enable YouTube to be delivered to older devices, he said.

The operator used the interactive button on its existing remote to enable the apps for users.