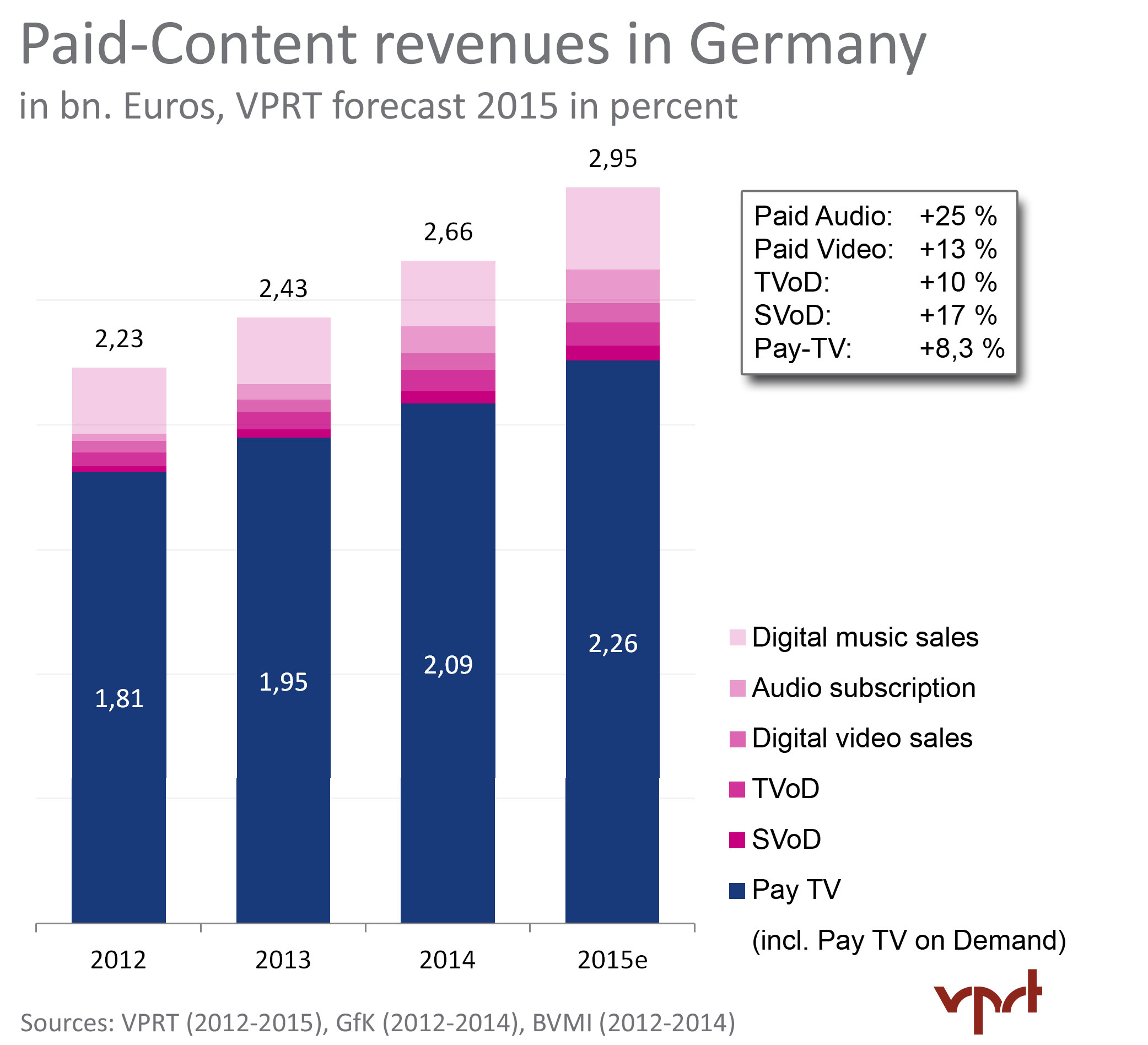 Audiovisual media services in Germany will generate revenues of over €10 billion for the first time this year, according commercial broadcasters association the VPRT.

The passing of the €10 billion milestone comes after a year of strong growth for the audiovisual media, driven by growth in pay TV and video-on-demand.

Lagging behind somewhat is radio advertising revenue, which will remain more or less flat at €740 million, according to the organisation.

Claus Grewenig, managing director of the VPRT said: “The current figures demonstrate the high relevance of our industry for the national economy. The positive development also makes it an economic policy objective. In view of increasing international competition, the ongoing competitive strength of media enterprises based in Germany will, however, depend above all on the creation of a level playing field.”

Frank Giersberg, member of the management board and responsible for market and business development at the VPRT, said: “For the first time, the total annual revenue generated by audiovisual media will exceed €10 billion in 2015. The highest percentage growth can be seen in the sector of on-demand offerings, the largest increases in absolute figures being recorded by linear offerings, which continue to be the segments reporting by far the highest revenue.”