Eutelsat CEO to step down, ex-Canal+ chief named as successor 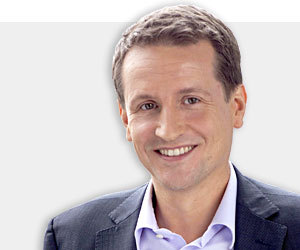 Eutelsat CEO Michel de Rosen will step down in March 2016 and be succeeded by former Canal+ chief executive Rodolphe Belmer, the satellite operator has confirmed.

De Rosen, who turns 65 next year, will remain non-executive chairman of the board of directors of Eutelsat until the end of his current mandate in November 2016.

Belmer, who was dismissed as chief executive of Canal+ in July as part of a management board shakeup, will join Eutelsat on December 1 as deputy CEO, alongside existing deputy CEO and chief commercial and development officer Michel Azibert.

Following a hand-over process he will take up the Eutelsat top-job on March 1, 2016. He will then be proposed as a member of Eutelsat’s Board at the annual shareholders’ meeting in November 2016.

“It has been my great privilege since 2009 to serve as Eutelsat’s CEO and latterly as chairman and CEO. During this period, we have consistently put innovation at the heart of our service to customers, significantly expanding our geographic reach, and cementing our reputation as leaders in technical excellence,” said de Rosen.

“I feel this is the right time to hand over the reins and am delighted to welcome Rodolphe Belmer in whom I have full confidence to build on these achievements and to take the company forward.”

Lord Birt, vice-chairman of the board of Eutelsat Communications, praised de Rosen’s six-year leadership of the company and said he had “transformed Eutelsat into a truly global player”.

“The Board of Directors is very pleased that Rodolphe Belmer will lead Eutelsat. With his extensive experience in broadcasting, his understanding of the trends shaping digital markets and his leadership, we are confident he has the skills to take Eutelsat forward in the evolving satellite communications landscape,” Birt added.

Belmer left Canal+ over the summer and in August was reportedly hired by the new director-general of public broadcaster France Televisions, Delphine Ernotte, to lead a 12-strong strategic orientation committee.