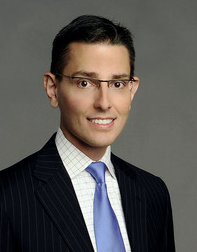 US operator Comcast has partnered with more than 30 broadcast and cable networks to launch short-form web video on its connected X1 platform.

The beta launch will initially focus on news, sports and current events like clips from NBC’s Today Show and Fox Sports Live.

Comcast said that catalogue will expand as programmers look to “super-serve their viewers by integrating even more extras, bonus, and complimentary series”

The web content is accessible to Comcast Xfinity customers via X1 boxes, on the web section of Xfinity On Demand and on Xfinity.com.

“Integrating our web content into a highly engaged platform like Xfinity On Demand on X1 is a fantastic opportunity to reach and engage millions of viewers on the best screen in the home,” said Ron Lamprecht, executive vice president, digital distribution for NBCUniversal.

“With access to platforms like X1, we are able to offer live, on demand and web content around our properties and provide unique, branded experiences for our viewers.”

Comcast said that with the launch it is taking “another step” into the online video space, following the launch last month of its ‘YouTube killer’, Watchable – an ad-funded streaming site that debuted with videos from partners including AwesomenessTV, Buzzfeed, Vice and Maker Studios.

The operator said it now plans to bring even more content and experiences to the X1 platform as it creates new partnerships and expands existing ones.