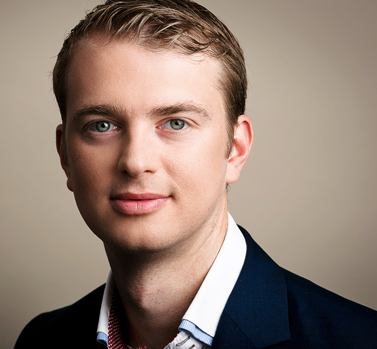 Friend is promoted to the post from his role as VP, corporate strategy and insights. He will now oversee finances for Turner EMEA’s channel slate, including Cartoon Network, Boomerang, CNN International, TNT, truTV and TCM.

Based in London, he will report to Turner’s international CFO, Aksel van der Wal, while assisting Turner EMEA president Giorgio Stock as part of the regional management team.

“Jamie’s wealth of industry knowledge, M&A experience and strategic insight make him the perfect fit for this role,” said van der Wal. “His astute business expertise and innovative thinking are a powerful combination in the fast changing media landscape.”

Friend joined Turner in October 2013 from Arqiva, where he was head of strategy for digital platforms. He has also held senior strategy and business development roles at companies such as The Walt Disney Company.

His promotion comes as Turner roles out its Boomerang channel across the region as a second flagship children’s brand, and TNT as its pay TV entertainment leader.

On the latter strategy, Stock told TBI in an exclusive recent interview that the Time Warner-owned company would look to build significantly on its general entertainment footprint in the EMEA region, which stands at 103 million.

TNT launches across eastern Europe, including Poland, this month, and will continue to expand. The channel has also commissioned its first full drama series, Weinberg, which Beta Film was preselling internationally at MIPCOM as The Valley.

“Turner’s ongoing growth ambitions for the region will be very well served by the blend of financial acumen and new business insight that Jamie brings to the table,” said Stock.

Previous EMEA CFO van der Wal was promoted to an international CFO role on June. TBI first reported his move to Turner from publisher Time Out in June 2014.