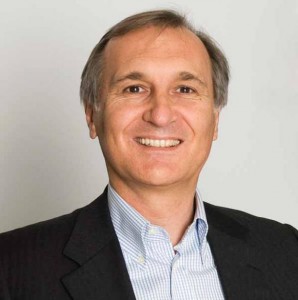 Russian service provider MTS has teamed up with Ericsson and Qualcomm to conduct the country’s first live trial of the LTE Broadcast technology.

The delivery of broadcast entertainment is set to enter a new era in Russia and MTS intends to lead this process through our enhanced LTE Broadcast technology. Consumers want to be able to watch premium high-quality content, such as live sporting events, when and where they wish and MTS will provide the best mobile solution to this need,” said Andrei Ushatskiy, MTS Vice president, technology and IT.

“With video traffic expected to grow by about 60% annually until the end of 2020, operators are under increasing pressure to enable their subscribers to enjoy a high-quality video experience anytime, anywhere, while still managing network efficiency and costs. LTE Broadcast is gaining momentum as a perfect method for optimizing LTE spectrum and network resources, offering new revenue models for content delivery. This first test in Russia is an important milestone for the national mobile telecommunications sector as it marks the robustness of LTE technology for transformation of TV industry in the country,” said Jeff Travers, Head of Customer Unit MTS, Ericsson Northern Europe and Central Asia.

“Qualcomm Technologies powered the world’s first commercial launch of LTE Broadcast in 2014. As leading mobile operators worldwide start to embrace this technology, we believe further adoption of LTE Broadcast in Russia will be instrumental in driving new services and applications to a vast majority of users, and we are very happy to contribute to the MTS’s and Ericsson’s successful trial using the Snapdragon 810 processor with X10 LTE,” said Enrico Salvatori, senior vice-president and president, Qualcomm Europe.