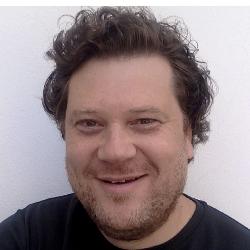 VoD and TV content aggregator Grey Juice Lab is developing a plan to put together a production fund together with telecom operator customers, with a view to developing scripted series that can by syndicated on an exclusive basis to operators globally on a territorially exclusive basis.

CEO Mihai Crasneanu told DTVE at MIPCOM that the company was looking to produce scripted series of about 10-13 episodes with a budget of about US$1-3 million per episode, with an ambition to go into production with the first project in the first half of 2016.

“We are analyzing the option of putting together a production fund where customers will be partners,” said Crasneanu. Grey Juice Lab is setting up a US office to further the plan, with Crasneanu to relocate to Los Angeles.

Crasneanu said the company had “clients on board” from territories including Latin America, the Middle East and Asia.

“We want to deliver an outstanding product with well-known talent and a Hollywood imprint that people recognize,” said Crasneanu. “We have started discussions with some producers and talent for specific shows that will be really outstanding. He said that Grey Juice Lab has already received commitments from a number of partners.

The company plans to hire people to lead the unit “in the next couple of months”, said Crasneanu, adding that Grey Juic Lab has held talks with a number of individuals from well-known Hollywood companies.

Crasneanu said that the production unit would develop series both for VoD and TV distribution. Grey Juice Lab aggregates content both for telcos with on-demand offerings and for those with broader pay TV services.

Crasneanu said that production would initially be in the US, but that the company could leverage its network of local offices to involve production partners in territories around the world later.