AwesomenessTV to expand with Endemol Beyond 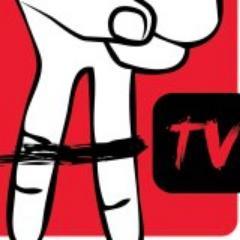 Endemol Beyond is to launch local language versions of teen multichannel network AwesomenessTV following the signing of a multi-year strategic partnership.

The networks will run in territories such as the UK, Germany, Spain and Brazil, marking the first time the US-based AwesomenessTV will have local market presence.

New originals will be created, including long-form series, which will run on digital and linear platforms. AwesomenessTV originals such as docu-reality series Cheerleaders and interview strand IMO will also be focuses.

Endemol Beyond, the Endemol Shine Group’s premium online channels network, will provide support to AwesomenessTV’s group of talent-led channels, as well as acting as an incubator for new talent and verticals.

“AwesomenessTV has undergone explosive growth in recent years by building a powerful global brand, which already has a loyal worldwide fan base outside the US. This partnership will amplify both their network and ours, whilst launching new talent and content with strong advertiser appeal, which can play across digital and TV platforms around the world.”

“Partnering with Endemol Shine Group will enable us to expand our footprint to reach teen audiences in their local languages with content produced just for them,” said Brian Robbins, CEO and founder, AwesomenessTV. “We will also be able to offer creative talent in these markets the same opportunities as those in the U.S., including brand deals, marketing support and premium production.”