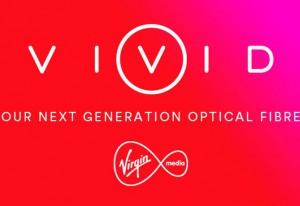 Virgin Media will start to contact customers about upgrading to ultrafast broadband this week, and announced that Vivid will be the new brand for web connections above 100Mbps.

Virgin said it will start to explain how users can opt-in to an upgrade from October 1, 2015 and will let broadband customers go from existing speeds of up to 50Mbps, 100Mbps and 152Mbps to more powerful speeds of 70Mbps, Vivid 150Mbps and Vivid 200Mbps.

Using DOCSIS 3.0 technology, Virgin claims that it will deploy the superior speeds in “record time” with 90% of customers being able to upgrade by the end of 2015.

“Our message is simple:  if you want to be certain that you are signing up to true ultrafast broadband speeds of 100Mbps and above, Vivid from Virgin Media is the new standard,” said Virgin Media’s managing director of consumer, Gregor McNeil.

Earlier this month, Virgin committed £25 million (€34 million) to upgrade homes and businesses in Nottingham, enabling them to receive ultra-fast broadband services. In June it also began rolling out ultrafast broadband in Manchester in the first phase of its £3 billion broadband investment plan, dubbed Project Lightning.

The news comes a day after Sky announced it was connecting its first customer to its new ultrafast fibre-to-the-home (FTTH) broadband network in York in the UK.

The rival UK operator said its ultrafast broadband customers will be able to receive broadband speeds of up to 940 Mbps, with Sky building the FTTH network in partnership with TalkTalk and CityFibre.