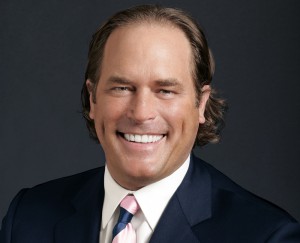 Steve Mosko has been upped to chairman, Sony Pictures Television, kicking off a restructure of its management teams in EMEA, Asia and Canada.

He added: “Our media networks business has expanded to over 150 channel feeds around the world and the company is well-positioned for growth in both production and distribution. Steve is a remarkable executive and we are proud to have him at the helm of Sony Pictures Television.”

Sony has shifted emphasis from movies to higher margin TV and channels activities, with Mosko credited for the strong performance of SPT. Its recent TV hits include Breaking Bad and The Blacklist.

Mosko, who has been at Sony since 1992, said: “I am honored to be named Chairman, and grateful to Michael, my colleagues at Sony Pictures, and to the incredible team at Sony Pictures Television, whose hard work and dedication has built the successful global business we have today.

Mosko’s new role has heralded a raft of promotions and changes within the SPT management ranks. The Sony TV chief told DTVE‘s sister title, TBI, about his plans for SPT last year.

Separately,  Mike Wald, executive VP, international distribution, will return to LA from London. From SPT’s Culver City base he will run TV and movie sales to free and pay TV.

Based in Hong Kong, Ken Lo, senior vice president of international distribution, Asia-Pacific, will oversee China, India, Korea and Southeast Asia. Both Lanier and Lo will report to Wald.

Elsewhere, SPT’s Lat-Am sales boss, Alexander Marin, has been given additional responsibility for Canada. There are no new hires or departures as part of the management rejig.

Wald and Orengo report to SPT’s president, international distribution, Keith LeGoy. He said:  “These appointments not only allow [the executives] to bring their learning and expertise to different markets, but also underscore our commitment to developing and providing opportunities for our executives who excel.”