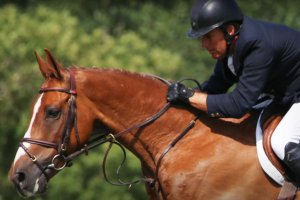 The channel, which is currently present in the UK, the Republic of Ireland, The Netherlands, Sweden, and Australia, has teamed up with Deutsche Telekom to launch the German channel, which will be included as part of the Lifestyle and Big TV packages on Telekom’s Entertain service.

The channel will feature international and national level sports and programming about German equestrian stars, as well as Horse & Country TV’s trademark shows from across its international network, localized for the German market.

“Germany is not only a key market for equestrian sports and lifestyle, with 11 million people expressing an interest in horses, but also the biggest pay TV market in Europe.  We hope Horse & Country TV will prove as popular with German equestrian fans as our local channels have in the Netherlands and Sweden,” said Heather Killen, CEO of Horse & Country TV.

“[Deutsche Telekom] is committed to staying in the forefront of new channel concepts and broadening our Entertain offer.  The equestrian sports and lifestyle audience clearly represents a large and under-served group in Germany that we are keen to address with this offer,” said Peter Kerckhoff, VP, content at Deutsche Telekom.