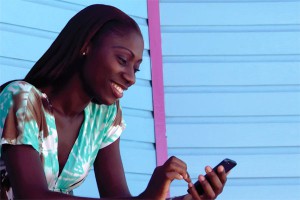 Ericsson has unveiled research from its ConsumerLab project covering Nigeria that showed that over half of consumers in the country wanted to watch TV and video content on-demand rather than follow a strict schedule, but that only 27% currently stream videos regularly thanks to inflexible data plans and slow download speeds.

Among regular TV viewers, only 37% are satisfied with the choice currently on offer, according to the study.

Only 27% of Nigerians stream videos more than once a week, compared with a 76% global average. Connectivity issues and data charges accounted for the relatively low take up, which also contributes to the use of pirated DVDs. With TV and media services accounting for 43% of Nigerian consumers’ entertainment expenses, as much as 16% is spent on pirated material and the remaining 27% on pay TV, according to the study.

“The proliferation of mobile devices and availability of mobile broadband has significantly altered the consumption patterns of TV and video content in Nigeria. With the ownership of smartphones significantly higher than that of television and PCs (which include desktops and laptops) and more Nigerians demanding flexibility in their viewing schedules, the opportunities for mobile television cannot be overstated,” said Johan Jemdahl, Managing Director, Ericsson Nigeria.