Fox ups Rutten to head of sports for Europe and Africa 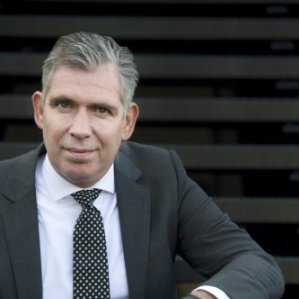 Rutten, who will report to Jan Koeppen, president of Fox International Channels Europe and Africa, will continue to have operational responsibility as managing director of Fox Sports in the Netherlands and will continue to be based in Amsterdam.

Fox has built a portfolio of sports channels on the basis of its Dutch-based EMM business, and now operates six linear channels and an online platform. In addition to the Netherlands, the company operates channel in Italy, Turkey, Israel, Greece and sub-Saharan Africa.

Rutten was CEO of EMM before Fox’s acquisition of the company in 2012. The Dutch outfit was created in 2008 by the 18 teams of the Dutch Eredevisie top-tier football league, of which Rutten had been CEO prior to his appointment to head up EMM.

“Frank is a talented and respected executive in the Sports field whose experience and leadership of our Dutch operation is a huge asset to developing our network of locally anchored sports business across Europe and Africa,” said Koeppen.

Rutten said, “Fox Sports is a powerful brand and the world’s leading sports television network, both in terms of distribution and programming rights. Since 2012 FIC has provided tremendous opportunities for the Dutch clubs and fans and I couldn’t be more excited about taking on this expanded role and have the opportunity to build on our success in Holland and other territories.”