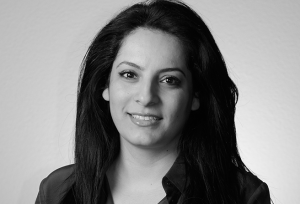 Television Entertainment Reality Network (TERN) has announced a raft of programme commissions to populate the launch of its UHD TV channel at the forthcoming MIPCOM TV market on October 5.

TERN has commissioned Strix to produce Spartan X, a UHD reality show featuring 12 contestants who live and compete like Spartans enduring physical and mental challenges that will air from next January. Strix will also produce Dracula, a UHD game format where four contestants must solve riddles and clues to escape from Dracula’s castle. Dracula will air from February.

TERN has commissioned KIEM to deliver 7Days, a travel show that pits two contestants against one another in two different countries with seven sports challenge in seven days, to be aired on the UHD channel in May 2016.

Zodiak Media will produce On the Run, a show where a celebrity contestant must survive and manoeuvre a South American country unseen while chased by two experienced hunters and local inhabitants, due to air in April.

Netherlands-based TERN’s UHD channel, which will also be available in an HD version, is set to go live via the SES Astra satellite platform at 19.2° East, as announced by the satellite operator at the IBC exhibition in Amsterdam last week.

“At TERN, our vision is to push boundaries in order to truly engage with global audiences, and we believe that creating one-of-a-kind programme formats using the latest UHD technologies makes our vision a reality.  We are pleased to be collaborating with some of the world’s industry-leading production houses that share our passion and vision, and are excited to jointly showcase the unique UHD factual entertainment programmes at MIPCOM,” said Mariam Zamaray, CEO of TERN.