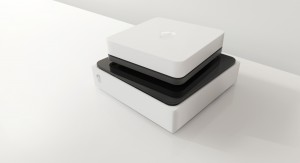 Swisscom is to launch a new UHD set-top box that will support HDR content, cloud-based gaming and other features in the spring of 2016.

Swisscom says that the new box will be smaller and more energy-efficient than its predecessor but will support HDR and UHD content. The company plans to offer a mix of on-demand movies, documentaries and series in UHD, following up with coverage of Swiss Super League football in UHD during the 2016-17 season. It also plans to broadcast some matches from other major competitions such as Euro2016 in the format where it can.

Swisscom is also launching a new SVoD offering for French-speaking customers. The service, Play, will combine the existing Teleclub Play service and Canalplay from Canal+ Group. The combined service will initially offer about 7,500 titles, including series, films, children’s programmes, documentaries and, as an exclusive feature, a comprehensive sports archive.

The Swiss operator is also updating its user interface, adding a new Replay guide that is designed to help users find the content they want from 30,000 episodes and titles available via its seven-day Replay offering. The service will be available for CHF12.90 a month.

From today, the operator is adding a new Hot from the US service featuring top US series. Each episode will cost CHF3 for an SD version of CHF3.50 for HD, with the content available for five years. Around 20 hit series including Fear the Walking Dead, Gotham and Marvel’s Agents of SHIELD will be included in the offering, with each episode available as soon as the new season has begun.

Swisscom has also teamed up with US on-demand games specialist Gamefly to add a games offer to its service in early 2016. Customers will need an extra controller and will be able to play streaming games via the device without the need to download them.

“We want to continue growing at the current rate and overtake UPC Cablecom next year. Our new offers should provide customers with even more good reasons to switch to us,” said head of residential services Marc Werner. “Our offering is so successful because we have developed an attractive product as well as investing heavily in our infrastructure.”