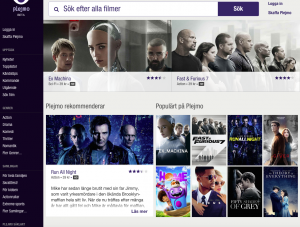 Magine TV CEO Ambuj Goyal said that Plejmo will be integrated into Magine and claimed that adding a service that offers movies and series on-demand was a complimentary and “natural next step” for Magine.

“Our assessment is that independent movie-streaming services have a tough time as a stand-alone local player, but in the right context, and on an international platform, there are great possibilities,” said Goyal.

“Through this transaction, we have acquired a great team specialised in TVoD, who in due course can support a successful integration of streamed movies on-demand within the Magine offering,” he added.

Magine TV is a cloud-powered live TV and catch-up service that lets users create a personal lineup of their favourite shows and channels, that can be accessed from different web-connected devices.

Headquartered in Stockholm, Magine TV is available commercially in Germany and Sweden and is currently running an open beta in the UK.

Magine said that new partners and updated features to the service will be announced later in 2015.