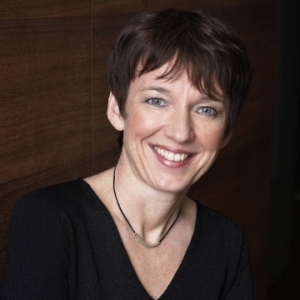 Airey is well-known in UK TV circles, having been at Channel 5, Channel 4 and ITV in her career. She joined Yahoo in late 2013 as senior VP, EMEA.

Yahoo confirmed her departure with a statement: “We are incredibly grateful to Dawn for her dedication and contributions to Yahoo over the past two years, and for her leadership of this extremely important region.”

She will be replaced at Yahoo by Nick Hugh who is currently general manager, advertising, EMEA.

At the internet firm she reported to COO Henrique de Castro. At the point she was hired, he said: “Dawn is well known for her visionary thinking, operational discipline and leadership skills, and I can’t wait to work with her as we position Yahoo! for growth throughout the EMEA region.”

Airey was recently one of a number of senior media execs appointed to advise the government ahead of UK pubcaster the BBC having its Charter renewed.
Last September Airey brought former Disney and Endemol sales boss Tom Toumazis on to her team ashead of partnerships.