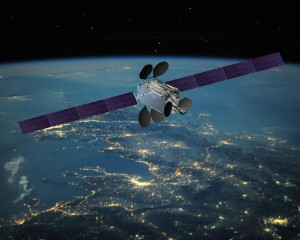 The HVN Intelsat UHD channel will be broadcast via Intelsat’s Galaxy 13 satellite located at 127° West and will allow pay TV operators to prepare and test their UHD transmissions.

Intelsat claims that its Galaxy 13 satellite reaches 98% of the cable headends in the US and creates “an ideal environment for further enhancing the end-to-end delivery of UHD content to consumers.”

“As consumers purchase millions of 4K televisions before Ultra HD content even reaches critical mass, it has become clear that they are ready to experience the fully immersive viewing experience that Ultra HD provides,” said Peter Ostapiuk, head of media product services at Intelsat.

“By partnering with Harmonic, Intelsat can now enable pay TV operators to test the distribution of live linear Ultra HD broadcasts in crystal-clear 2160p60 resolution to the home. Our customers will now have an opportunity to further test bandwidth allocation and UHD content delivery via Intelsat’s hybrid satellite terrestrial network, which will pave the way for the distribution of amazing content.”

The channel will be demoed at IBC, with content travelling from Intelsat’s Atlanta, Georgia, teleport facility – using the IntelsatOne IP/MPLS network – to Intelsat’s Fuchsstadt, Germany teleport facility. From there it will be uplinked via Ku-band on the Intelsat 905 satellite located at 335.5° East, and received and decoded at the RAI Convention Center in Amsterdam.