BBCWW taps Monterosa for Dancing with the Stars app 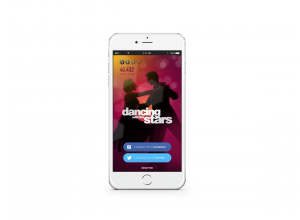 BBC Worldwide (BBCWW) is partnering with multiscreen specialist Monterosa on an official companion app for the former’s global franchise Dancing with the Stars.

The BBC’s commercial arm, BBCWW, will offer the app internationally to broadcast partners as a companion to the Dancing with the Stars format, which has sold to more than 50 countries.

The Monterosa-developed app marks the first official companion app for the Dancing with the Stars franchise and offers broadcasters a dual-screen offering that can “enhance the value of their advertising opportunity”.

“Companion apps can play a pivotal role in connecting popular entertainment brands with their global fan base, deepening engagement both during broadcast and between shows,” said Monterosa co-founder, Tom McDonnell.

“With the online and television worlds getting closer it’s a powerful combination, fans scores will appear on-air and through the app they can gain access to exclusive backstage content to take their Dancing with the Stars viewing to the next level,” she said.