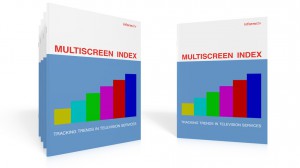 The world’s 100 leading pay TV services gained almost four million subscribers in the second quarter of 2015, according to new research.

Informitv’s Multiscreen Index claims that the total number of subscribers rose by 3.94 million, or just over 1% in the quarter, with 54 of the 100 services in the index reporting net subscriber gains – however, many of these were “marginal”.

Operators in the Europe, Middle East and Africa region reported the greatest gains, adding 2.35 million digital television subscribers, according to the study.

By contrast, most of the leading service providers in the US lost subscribers. However, there was an overall increase across north, central and south America of 0.23 million subscribers.

“While many services in the United States lost television customers, the worldwide trend shown by our regular report is of organic subscriber growth of around 1% a quarter. We also expect consolidation to continue as service providers achieve growth through economies of scale,” said Multiscreen Index editor William Cooper.