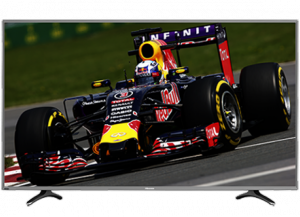 Hisense products have previously only been available in the UK through a limited number of specialist importers.

The UHD devices will have smart TV functioanlity, allowing users to access apps including Netflix and YouTube. BBC iPlayer and Amazon Prime Instant Video apps will be available via a software update between September and November, according to the company.

All devices have HDMI 2.0 ports to enable them to play back content form UHD Blu-ray palyers and other external devices and are capable of playing back HEVC-encoded video. They also include USB3.0 ports for home media and to enable viewers to record programming via an external memory stick

The Hisense models, which will provide access to Freeview HD in the UK, will be available from retailers including Argos, Euronics, Ao.com, Hughes, ebuyer.com and Crampton & Moore.