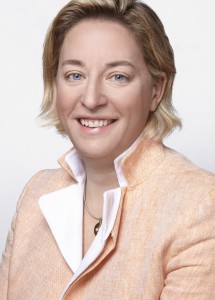 Liberty Global executive Eric Tveter has stepped down from his role as chairman of CTAM Europe and will be replaced by two successors – Liberty Global’s Inge Smidts and AMC Networks’ Marco Frazier.

The announcement was made at the CTAM Eurosummit in Amsterdam this morning, with Smidts, who is chief marketing officer at Liberty, and Frazier, who is senior vice-president of distribution and business development UK and Western Europe, now set to split the role as co-chairmen.

Tveter, who is also CEO of Central Europe Group, Liberty Global, steps down from CTAM Europe after three years in the post.

“Following our announced cooperation with Cable Europe, I am happy to hand over the CTAM chairmanship role to two leading executives, one from the content work and the other from a converged cable operator. I am sure they will do an outstanding job to continue making CTAM Europe thrive in the future,” said Tveter.

Yesterday, cable marketing body CTAM Europe confirmed plans to bring its activities under the umbrella of Cable Europe, with Disney joining as a joint member of both trade bodies.

As part of the merger, the two organisations will bring together their respective annual events, integrating EuroSummit into a “refreshed and relaunched” Cable Congress from 2016 onwards.