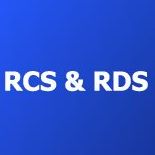 Romanian cable operator RCS & RDS is launching a LTE mobile service in 25 cities following its acquisition of a 4G licence.

The service will be made available in 12 cities – Bucharest, Cluj, Timisoara, Brasov, Oradea, Craiova, Constanta, Iasi, Arad, Sibiu, Pitesti and Ploiesti – by the end of September. This will be followed by launches in Galati, Braila, Baia Mare, Targu Mures, Satu Great, Ramnicu Valcea, Drobeta Turnu Severin, Targu Jiu, Resita, Slatina, Hunedoara, Vaslui, Alexandria by the end of this year.

The move follows the operator’s acquisition of spectrum in the 2600MHz band through acquiring the licence held by 2K Telecom, an operator owned by businessman Sebastian Ghiţă.

RCS & RDS will introduce its commercial offer in late September.