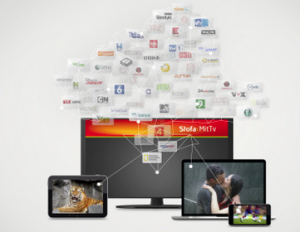 Eighty per cent of new customers to Nordic pay TV operator Boxer’s Danish service have taken the option to choose their own TV channels, following the company’s decision to introduce à la carte choice 18 months ago.

Boxer CEO Ulf Lund said that à la carte had been “a huge success”, with the number of customers taking this option growing “exponentially”.

Danish cable operator Stofa has meanwhile said that it will launch an à la carte offering, Stofa MitTv, without a contract commitment, following consultation with one of its key customers, communal antenna association Antenneforeningen Aarhus.

Stofa CEO Ole Fruekilde Madsen said that the move to à la carte was “a giant leap forward” that was in line with broader market trends, for example in the US where new flexible offerings are disrupting the pay TV industry.

Madsen said that Stofa would continue to offer traditional packages alongside the new flexible offerings, which are designed to offer comparable flexibility to the likes of Netflix and HBO Nordic.

The company plans to engage with suppliers and its consumer panel over the next few months, before launching the first version of Stofa MitTv early next year.