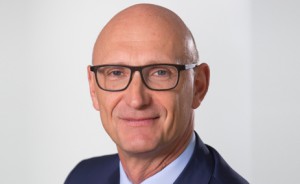 Deutsche Telekom wants to be a “content aggregator” rather than an exclusive media rights-holder and will use its forthcoming launch of a new TV platform to support its aggregator strategy, according to CEO Timothy Hoettges, speaking to analysts after the company reported quarterly earnings at the end of last week.

Hoettges said that Telekom’s main aim was to make life simpler for consumers by acting as an aggregator for the proliferating online video services and TV channels available, making as much as possible available via a single platform.

He said that Telekom had a “partner strategy” for video, and that “our new TV platform, which is coming out soon, supports this idea”, without giving further details.

Hoettges said that Deutsche Telekom would “have a look” at the forthcoming auction of Bundesliga rights and that the company had “not taken any final decision” on whether to bid. However, he said, a strategy of spending big on exclusive rights in a market with numerous free-to-air services, on the model of what BT has done in the UK, would “not be the appropriate answer” in Germany.

Deutsche Telekom posted strong domestic TV numbers at the end of last week, growing its IPTV and satellite TV base in Germany by 2.5% quarter-on-quarter, taking its total to 3.768 million, an additional 27,000 over the three months since March. Year-on-year growth was 11.2%. Germany also saw strong retail broadband growth in the period.