TVN ups Anting to board member for digital 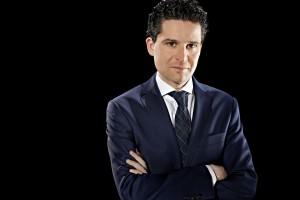 Polish broadcaster TVN Group has appointed company executive Christian Anting to the management board, with overall responsibility for digital and e-commerce.

Anting first joined TVN Group in 2010 and has been chief strategy officer and managing director of digital and e-commerce since last year. The appointment means TVN’s digital activities are now represented at board level.

“As TVN continues to build up its leading position in the video- on-demand market, we believe that establishing our digital and e-commerce activities on a board level will allow us to further accelerate development and reinforce our market position,” said TVN CEO and president, Markus Tellenbach.

Before joining TVN he worked at companies including Convers Media in Zurich and SBS Broadcasting in London, Amsterdam and Stockholm.

“TVN results in the first half of the year reflect softer than expected performance of the main channel’s programming schedule combined with lower advertising market dynamics which we attribute to uncertainties around presidential elections in Poland as well as [the] economic situation of Greece and its potential impact on European Union,” said Tellenbach.

“In such market environment we have maintained our adjusted EBITDA profitability thanks to balanced revenue and operating costs growth, predominantly related to further investments in our programming offer.”

Scripps Networks Interactive closed its acquisition of a majority 52.7% stake in TVN from ITI and Canal+ Group last month.