OTT service Magine launches in the UK in test mode 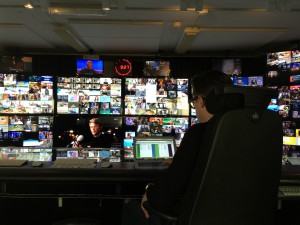 Online TV operator Magine has launched in test mode in the UK and has secured deals with broadcasters including ITV, Channel 4 and Channel 5.

Cloud-based over-the-top TV service Magine started in Sweden in 2013, as first reported by TBI, before launching in Germany last year. It said today that it now has 1.5 million users in Germany. Plans to launch in Spain were, meanwhile, shelved.

The platform allows subscribers to stream content from linear channels on connected devices. It claims the benefit to users is it allows them to access content without having to switch between apps and websites and without the need for a set top, or anything aside from an internet connection.

A spokesman told TBI that the UK test will run for a few months before a full commercial launch.

Ambuj Goyal, CEO of Magine TV, said: “The shared experience of live television is electrifying, and Magine TV’s single-minded focus on innovation in this space sets us apart from other video streaming services: we believe that there will always be an important place for live TV in the entertainment industry.”

Magine has signed deals with the three largest commercial broadcasters in the UK and said further agreements are in the works. Elsewhere, it has a line-up of free and pay channels.

Neale Dennett, director, pay content and packages at ITV said: “We want audiences to be able to view our content when and where they choose to via both free and pay routes, and across as many devices as possible. Magine TV is an exciting OTT service and we’re very happy to license our channels to this innovative new platform.”

The broadcasters have previously opposed streaming services such as TVCatchup that make their channels available without signing a formal distribution deal with them. As such, they have welcomed Magine’s approach of dealing directly with the channels.

Carl Pfeiffer, head of distribution at Channel 4 said: “We welcome legal innovation in the channel distribution landscape, and are pleased to licence some of our linear channels for streaming on Magine’s beta service.”

James Tatam, director of digital media & commercial development at Channel 5 added: “We’re delighted that Magine is bringing its innovative TV service to the UK market and welcome Magine’s collaborative approach to working with content providers, including Channel 5. We look forward to extending our partnership as the service moves to its full launch.”