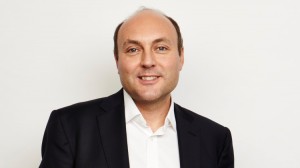 Sky is “open-minded” about the outcome of the European Commission’s investigation into geo-blocking requirements in its contracts with major Hollywood studios and is hopeful that “a sensible outcome” will prevail, according to chief financial officer Andrew Griffith.

Griffith, answering a question from Morgan Stanley analyst Ben Swinburne after the company announced stellar full-year results at the end of last week, said that investigation by the EC into Sky preventing customers from other EU states from buying services that are contractually restricted to other territories potentially had a greater impact on the studios and “how they are trying to sell their rights” than on Sky.

First, he said, it would focus on building two distinct and complementary TV brands in each of its territories, with Sky being the premium brand and a low-cost, flexible IPTV service running alongside it.

Second, the company will develop its home communications business, with plans to launch a mobile offering next year.

Finally, Sky plans to develop its adjacent businesses, principally by building advertising revenue with its AdSmart targeted advertising platform, now available in Italy as well as in the UK, and by developing international programme sales via its Sky Vision distributions business.