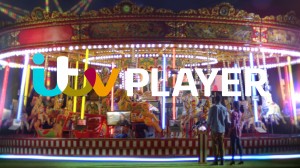 ITV channels lost viewing share but reported a strong financial performance in the in the first half of 2015. As the UK-listed broadcaster continued its efforts to diversify its revenue base, content arm ITV Studios continued to perform strongly internationally.

The UK broadcaster’s aggressive M&A drive continued in the first half of the year with four deals closed, for Talpa, Mammoth Screen and TwoFour and a new production company, Cats on the Roof Media, created.

ITV Studios first half revenues were up 23% year on year, taking the total to £496 million. Stripping out the effect acquired companies such as Leftfield and Talpa, like-for-like revenues were up 8%.

ITV said the US division, which has undergone several recent management changes, was driving the positive performance alongside programme sales division Global Entertainment.

Underscoring the international growth ITV Studios’, more than half of salews are now from outside the UK. Revenues from the UK were up just 1% as the number of commissions from outside of the ITVchannels.

“More than half of ITV Studios revenue now comes from outside the UK and we further reinforced our position as a leading international producer with the acquisition of Talpa Media,” said ITV boss Adam Crozier. “We have also continued to strengthen our UK studios business with the acquisitions of Mammoth Screen and Twofour Group.”

Across the business, ITV reported an 11% increase in revenues of £1.5 billion. Pre-tax profit was up 25% at £391 million across the same period.

Crozier said: “ITV made further strong progress in the first half of the year as we continued to grow and rebalance the company creatively and commercially.” The ITV boss added that he expected a ratings decline, which saw ITV’s overall share fall 4% year on year, to be reversed through the rest of the year and into 2016. “Looking ahead to 2016 we have now secured the joint rights to Six Nations Rugby to add to our strong schedule of sport, drama and entertainment including the European Football Championships, Beowulf, Britain’s Got Talent and Seth MacFarlane’s Family Guy and American Dad.”

Analysts said ITV is performing well and has successfully diversified its revenue base and reduced its exposure to the cyclical ad market. Some, however, questioned whether the focus on buying prodcos has left it lagging in other areas, namely pay TV OTT and online.

Research house Ampere put out a note on the broadcaster and said: “ITV’s heavy focus on production has left it underweight in key areas, including pay TV, OTT platforms and online content outlets, especially compared to several European peers.”

One area ITV has not allocated diversification funds, unlike the likes of RTL, ProSiebenSat.1 and MTG is the burgeoning multichannel network space. Ampere noted: “Unlike other European broadcast groups, ITV has not invested directly in an established YouTube Multi-channel Network (MCN) operation, preferring to go it alone, but has so far not fully developed its YouTube presence.”

It added: “YouTube’s wide demographic appeal could be essential to shoring up opportunities in the online advertising space.”

Guy Bisson, research director at Ampere said ITV’s next moves will be key to continuing its diversification efforts, noting that it has thus far investing in traditional production assets.

“In the case of ITV, the answer was to turn to a familiar and safe bet: production investment,” Bisson said. “To date that strategy has been central to the broadcaster’s reinvention. What it does next to face for the future of TV will be essential to ITV’s continued re-invention.”