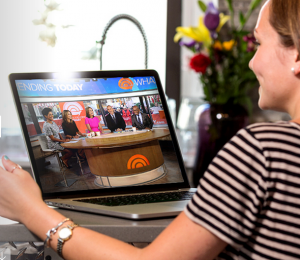 The OTT service, which is currently being trialed in the US, will allow the US cable and broadcast TV giant to attract “younger consumers”, according to Comcast CEO and chairman Brian Roberts.

The type of consumer Stream would likely attract would be a “university student or someone that wants a different kind of product – maybe not even set-top box – but a way to get started with all their mobile devices”, he added.

Stream will be priced at US$15 (€14) a month, available to Comcast Xfinity Internet customers.

Stream is “not going to be something you’re going to see meaningful results from in the near future”, Roberts told analysts yesterday, “but it’s very exciting to be able to have a range of products and then to have a platform to upsell consumers from”.

Questioned whether Stream’s creation would have any implications for Comcast’s deals with programme suppliers, Roberts said: “We believe we can lead innovation in the cable industry and do well by content companies, and help both work together.”

The comments came as Comcast’s content arm, NBCUniversal, posted second quarter revenues of US$7.23 billion, up 20.2% on the result 12 months prior. Within this, its cable andbroadcast channels operation revenues dropped slightly year-on-year, by 1% and 0.2%, respectively, but a buoyant film slate toplined by Jurassic World and Furious 7 spearheaded the growth.