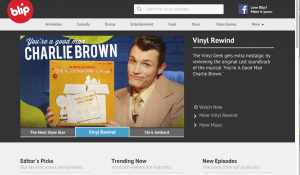 Justin Day, the co-founder of online video producer and distributor Blip.tv, has said the business is closing down, two years after it was acquired by Maker Studios.

Blip.tv was set up to develop, produce, and distribute “the best in original web series” from well-known and up-and-coming producers, with a target audience of 18 to 34 year-olds.

The free, ad-supported Blip.tv site is still live, though Blip.tv’s official Facebook and Twitter accounts have not been updated since February 2014.

Multichannel network Maker Studios acquired Blip back in August 2013. At the time the deal was billed as way for Maker to secure additional content as well as a proprietary video player that could help it to expand its distribution beyond YouTube.

In March 2014 Disney agreed to pay an initial US$500 million (€460 million) to acquire Maker, which has not commented on the Blip.tv shutdown.