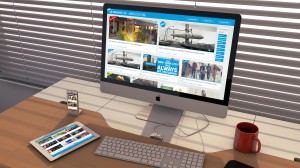 Modern Times Group (MTG) has bought a 51% stake multi-channel network Zoomin.TV for roughly €44.9 million, in its third major online video investment in less than a month.

Amsterdam-headquartered Zoomin claims to be the fifth largest MCN in the world with more than 2 billion monthly video views, 100 million global subscribers and a network of publishers that includes brands like Yahoo, AOL, Bild and Telegraaf.

MTG bought the stake based on an enterprise value of €88 million, with the deal part of the firm’s strategy to invest in “relevant, complementary and scalable digital brands, content and communities.”

Commenting on the agreement, MTG president and CEO, Jørgen Madsen Lindemann, said: “It is now clear that we are creating an online video eco-system that is fully prepared to capitalise on the next steps in the evolution of social video. It will enable both Zoomin and our other market leading digital brands to expand even faster by leveraging our combined consumer insight, reach and cross-promotional potential.

“We will now operate right across the digital video entertainment spectrum, just as we have done so successfully with our TV content production studios, channel brands and distribution platforms.”

The deal comes after MTG acquired a 74% majority stake in Cologne-based e-sports specialist Turtle Entertainment, which operates the ESL brand, at the beginning of July. Also this month, MTG upped its stake in Sweden’s biggest MCN, Splay, from 41% to 81% after acquiring the extra equity direct from the MCN’s founders.

Zoomin.TV runs a network of 2,000-plus video journalists around the world and claims a daily production rate of more than 400 premium short video clips in 18 languages across 27 content categories.

The firm was founded in 2002 and, in addition to its Amsterdam headquarters, has offices in London, Brussels, Paris, Dusseldorf, Hamburg, Madrid, Barcelona, Milan, Miami, Los Angeles, Mexico City, São Paulo, Montevideo and Kerala.

“We have a proven business model for creating and monetising online video reach. Now we will accelerate our growth further by working with MTG to position ourselves as the ideal partner for video publishers looking to succeed internationally,” said Zoomin.TV’s founders Jan Riemens and Bram Bloemberg in a statement.