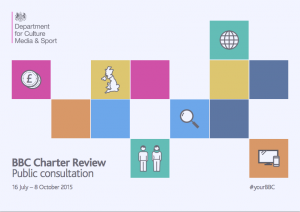 Industry groups, analysts, media specialist and advocacy groups have been quick to react to yesterday’s Green Paper, which outlined options for the future of the BBC.

The government and senior BBC managers have just thrashed out a deal for the licence fee, agreeing to peg it to inflation. The Green Paper, however, suggested the government will examine various options for funding the BBC including a subscription model.

The future of BBC Worldwide is also being debated, with one option that it is spun off from the BBC and run as a private company.

Other areas to be considered include the overall purpose of the BBC, what content it should provide, and how it should be regulated.

A fierce debate is now raging in the UK about the future of the BBC, the world’s largest public broadcaster. The corporation issued a strongly worded response to the Green Paper and, calling for greater public involvement in the debate, said the paper heralds a ‘much diminished’ BBC.

“We believe that this Green Paper would appear to herald a much diminished, less popular BBC. That would be bad for Britain and would not be the BBC that the public has known and loved for over 90 years.”

It added: “It is important that we hear what the public want. It should be for the public to decide whether programmes like Strictly or Bake Off, or stations like Radio One or Two, should continue.

“As the director-general said on Tuesday, the BBC is not owned by its staff or by politicians, it is owned by the public. They are our shareholders. They pay the licence fee. Their voice should be heard the loudest.”

Pact, the UK industry group for indie producers, said it was keen that quotas and terms of trade remain in place to ensure its members have fair access to commissioning spend. In the same week that BBC boss Tony Hall (pictured) called on BBC Worldwide to return £1 billion to the corporation over the next five years, Pact added that the review of the BBC’s activities should also take into account the international activities of the corporation.

Pact said: “The focus should rightly be not only on the BBC’s scope and purposes for UK licence fee payers but should also properly consider the BBC’s global ambitions and if they serve the interests of the British public or not.

The industry group added: “Pact is a committed supporter of the licence fee – which has formed an integral part of the UK’s successful broadcasting ecology – but has reservations on how the money is spent.”

“With no significant competitors to the BBC in the creation of UK content, any changes to the structure and funding of the Corporation will have fundamental impact on the provision of UK content for UK kids – much more so than any other genre of programming,” the CMF noted. “With that in mind, the CMF welcomes the Green Paper’s recognition of the CMF’s proposal that contestable funding could help solve the problem of plurality in commissioning. However we remain concerned at the suggestion that this funding be taken from the licence fee, other sources should be investigated.”

Much of the debate around the BBC’s programming has been focused on how much entertainment content it should be producing.

Diane Coyle, former deputy chair of the BBC Trust, which governs the activities of the BBC, told UK newspaper the Guardian.“People do care about programmes. If [culture secretary] Whittingdale is going to have a narrowly focused BBC is it no to EastEnders and soaps but [high-end drama] The Village is OK? And who is going to choose?”

The prospect of a scaled-back BBC would provide a boost to ITV, the largest commercial broadcaster in the UK, analysts said. “On a general level, a scaling back of the BBC’s scope would be positive for ITV both on the cost side (it would not face such an aggressive competitor for certain types of content) and audiences (if the BBC produces less popular programming, then that should benefit ITV’s audience share and, while that does not necessarily lead automatically into increased advertising revenues, it would make ITV’s pricing look more attractive to advertisers,” said Liberum analyst Ian Whittaker.

“By pairing viewer data with social media sentiment and feedback, broadcasters can eliminate the guesswork involved with creating new content. Rather than trying to please everyone, it’s possible to identify an established audience for a new TV series before it’s even commissioned, saving both time and effort.”