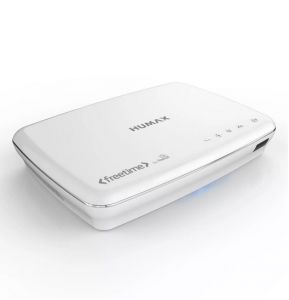 At a launch event in London this morning, Freesat and Humax unveiled the new HDR-1100S line of set-top box, describing it as the “most compact and affordable Freetime set-top box recorder to date.”

All new models will be available in black and white, have integrated WiFi and will be roughly a third smaller in size than Humax’s preceding line of HDR-1000S Freetime set-top box.

The update marks the release of Humax’s second generation Freetime PVR and its third generation Freesat PVR since it first partnered with the UK service provider back in 2008.

Freesat marketing director Paul Gilshan said: “We’re proud to launch a compact and low cost recorder that gives consumers an affordable alternative all for a one-off cost with no monthly subscription.”