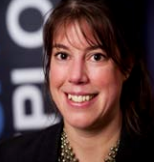 Kava has about 20,000 customers in Lithuania and passes about 100,000 households with a modern fibre network across the cities of Vilnius, Klaipéda, Šiauliai and Panevéžys.

Cgates’ network coverage has hitherto been restricted to the capital Vilnius, where it has about 120,000 pay TV customers and 70,000 internet subscribers. Cgates posted revenues of €15.8 million last year.

Cgates is owned by Estonian cable operator Starman, in which East Capital Explorer has a 68% stake. The Kava acquisition will be debt-funded.

The deal, which is subject to approval by the Lithuanian regulatory authorities, is seen as a stage in further consolidation in the cable market in the Baltic States. Starman completed the acquisition of Cgates in a deal that valued the latter at €56 million in February, with East Capital Explorer increasing its stake in the Estonian operator through a €22.5 million contribution from 51% to 63% at the same time. Starman is focusing on upgrading Cgates products and on leading consolidation and exporting its know-how to the Lithuanian market.

“Cgates’ acquisition of Kava is another step in the creation of a leading pan-Baltic cable TV and broadband Internet player, with Starman and Cgates as strong platforms in Estonia and Lithuania. This is a business with clear scale benefits for operators with strong product offerings and efficient networks, and we will continue to leverage on that,” said Mia Jurke, CEO of East Capital Explorer.

“Cgates is now becoming a nationwide operator, which is a milestone in our strategy for the company. The acquisition of Kava will increase the company’s household coverage by 30% and thereby strengthen its position in the market. Cgates is already a strong number two, but it is still a fragmented market with many growth opportunities,” said Gert Tiivas, chairman of Starman.