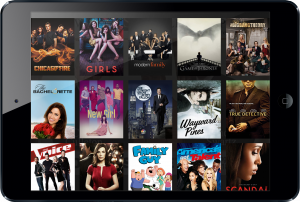 Comcast is due to begin trialling a new streaming cable service in the US, called Stream, as part of its efforts to “provide TV choices for everyone.”

Stream will be available to Comcast Xfinity Internet customers, who will be able to watch live TV channels on laptops, tablets and phones in their home.

The service, which will be priced at US$15 per-month, will offer around 12 live networks – including all the major US broadcast networks and HBO.

It will also offer thousands of on-demand movies and shows to watch inside or outside the home, as well as access to TV Everywhere and cloud DVR content.

Comcast said that Stream is “unlike anything we’ve ever offered” and will go live first in Boston at the end of the summer. Comcast will then roll it out to Chicago and Seattle, with plans to make the service available everywhere in the firm’s footprint by early 2016.

“It’s an exciting time to be a TV fan – there is more quality content than ever and seemingly limitless ways to keep up with all the shows and movies people are talking about,” said Matt Strauss, executive vice-president and general manager, video services, for Comcast Cable.

“We’ll continue to experiment by creating offerings like Stream, so that users can choose the service that works best for them. So if you love TV and spend most of your time with the screen in your lap as opposed to the one on the wall, Stream may just be the thing for you.”

The move comes after US pay TV rival Dish TV fully launched its similar Sling TV OTT TV service in the US in February. Sling TV offers live access to some 15 channels for US$20 (€18) per-month.