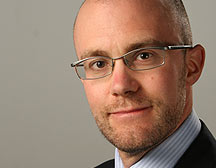 Ofcom should amend the scope of its Digital Communications Review to include pay TV, so it can address high prices and a lack of competition in the UK market, according to the CEO of BT’s consumer division, John Petter.

In a speech to the Broadcasting Press Guild yesterday, Petter said there were market failings in the UK pay TV space, where Sky is the dominant player. He claimed that Sky customers are paying close to £50 a year more than the EU average for basic pay TV channels and up to £75 a year more if they take premium sports and movie packages, citing Analysys Mason research.

“Relative to EU averages Sky customers are paying around a half a billion pounds more per year for the basic packages of pay TV channels. Switching in pay TV is 50% lower than the levels seen in broadband, so it is clear we just aren’t seeing the right levels of competition for Sky,” said Petter.

He claimed that in contrast with the UK broadband market – where there is falling prices, rising speeds and a strong international performance – consumers in the UK suffer from a lack of effective competition in the pay TV market.

The broadband market has four major players but none with over 32% market share, compared to the pay TV market where Sky is the dominant player with a 64% share leaving major barriers to entry for new players, said Petter.

He added that the broadband market is regulated at a wholesale level, giving players access on an equal basis, while in pay TV there are weak wholesale obligations that only apply to Sky Sports 1 and 2.

Petter said that despite its success, BT Sport had not changed overall market dynamics in the UK and that the new channel’s 2.4 million viewers – who didn’t previously watch Sky Sports – are evidence of an unserved part of the population, unable to pay the high prices demanded by Sky.

“We think Ofcom should heed the call of Sky’s biggest shareholder. James Murdoch once said in relation to Sky that 21st Century Fox fought for ‘a level playing field and to have competition policy applied with an even hand’. But when it comes to competition in pay TV, the message from Sky seems to be ‘talk to the hand’. We think Ofcom should make Mr Murdoch happy and give the UK a competitive pay TV market that is fit for the next decade,” said Petter.

The comments come just over a week after Sky called on UK competition watchdog the CMA to investigate BT’s Openreach division, accusing it of under-investment in the national broadband network used by Sky to serve its customers.

In a submission to regulator Ofcom’s strategic review of digital communications, Sky called on Ofcom to make a market investigation reference to the CMA and said that “the common thread” to problems with the UK broadband sector was “BT’s ownership of Openreach”, which carried a risk of “diminishing retail competition as the UK transitions to fibre-based broadband services”.