TV viewing in the US now 28% streamed, says GfK 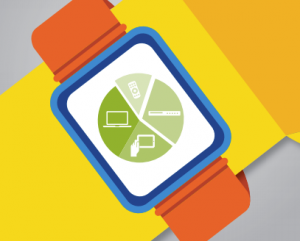 In the US, 28% of all TV viewing is now done via digital streaming, according to a new report by research firm GfK.

The study claims that 16% of time spent with TV content now comes from accessing subscription or free online platforms via a computer or mobile device. Online streaming through a TV set makes up another 9%, while 3% comes from accessing content via other methods, such as through games consoles.

The report, the first of four planned GfK studies on ‘The Future of TV’, claims that 41% of US TV viewers subscribe to at least three online, digital TV services – on top of a traditional cable, satellite or telco pay TV subscription.

“Our study reveals important new populations of TV viewers, emphasising how TV has taken on a whole new meaning, with different approaches to combining streaming and traditional platforms and viewing,” said Christie Kawada, executive vice-president of product management and innovation at GfK MRI.

“We live in a new type of video ecosystem, where online video and live TV co-exist amongst traditional cable offerings, apps, and digital streaming of live TV. These platforms are creating added demand for one another; viewers are checking out more – and different – content, and ultimately watching more. Even digitally savvy viewers still value time-honoured TV experiences, like social viewing and second-screen experiences, thus keeping linear viewing strong in today’s digital world.”

The report found that in the past 30 days, 30% of TV viewers had watched a program on a smartphone, while 29% used a tablet to watch TV content. Overall, smartphones and tablets accounted for 8% of all TV time.

Live viewing was also remained popular, with viewing “live when broadcast” accounting for 39% of all time spent watching TV content.