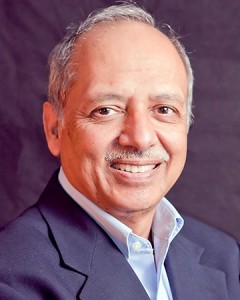 Goyal, who has also been a member of the Magine board since May 2014, will take over from Mattias Hjelmstedt, who will continue to serve on the board.

Goyal took on president and COO duties at Magine nine months ago, having previously spent 31 years at IBM.

The firm credited Goyal with overseeing “significant investment in innovation and tech development” since joining Magine, with chairman of the board Kamal Bherwani commenting that Goyal will “take Magine TV to new heights” as CEO.

“His extensive experience in leading startups and large scale global growth businesses will enhance our ability to scale and differentiate our offering further,” said Bherwani.

“We thank Mattias for bringing Magine TV to this stage of development. During his tenure, Magine TV was able to establish itself as a first-of-a-kind cloud-based TV distribution company.”

Hjelmstedt said: “Magine is moving into the next phase of innovation and commercialisation of its technology. This is the right time to pass the torch to Ambuj, who has the right leadership qualities to take Magine to this next level. As well as working on new ventures personally, I will continue to advise him as a member of the Magine Board.”