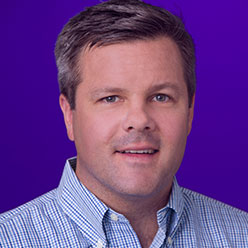 In his new role at The Chernin Group, Kerns will work on the company’s digital portfolio and investment strategy. He will also sit on the board of Otter Media, TCG’s joint venture with AT&T that was set up to invest in and launch international OTT services.

The TCG new recruit joins from Yahoo where he was vice president of homepage and verticals. Prior to Yahoo he was at sports app business Citizen Sports.

“We have meaningfully accelerated TCG’s digital presence and sphere of investment activities over the past few years. Mike has a proven, multi-disciplined track record which has become increasingly important to our company, current holdings and future growth,” said Chernin.

Kerns added: “I believe that we have a unique platform that provides a combination of creative freedom and entrepreneurial ambition focused on digital media.”

Through Otter Media, TCG also has stakes in Fullscreen, Crunchyroll, Pandora and SoundCloud.