Fifth of BBC budget could go in licence fee plan 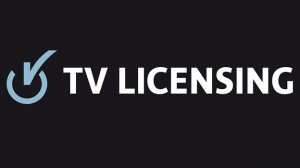 UK pubcaster the BBC could see around a fifth of its budget wiped away when the Conservative government announces its latest Budget.

It emerged over the weekend a plan to make the BBC pay for the licence fees of people over the age of 75 was being revived.

This is estimated to cost the Corporation more than £650 million (€910 million) – or a fifth of its entire budget.

However, there are rumours the BBC and the government have agreed to force non-licence fee payers – those without a television set – to pay a levy to watch BBC programming via the iPlayer. Currently a loophole in law allows consumers to access the on-demand platform for free.

UK Chancellor George Osborne said over the weekend the BBC should make a “contribution” towards balancing the territory’s economic deficit. It is expected to announce deep cuts to Britain’s welfare system at its Budget announcement on Wednesday (July 8).

Last week, the BBC announced it was axing 1,000 jobs as part of a plan to save £50 million per year.

The organisation is gearing up for crucial Charter Renewal talks with the government in 2017. This agreement outlines the BBC’s budget for coming years.

It was frozen in 2010for the following seven years after the BBC and the government thrashed out an agreement. This represented a real-term cut of 16%, as the BBC

Top BBC figures had said at the time they were prepared to “go to war” with the then-new coalition government the over-75s plan when it was first mooted. Then-BBC director general Mark Thompson called the plan “unjustifiable and wholly unacceptable”.