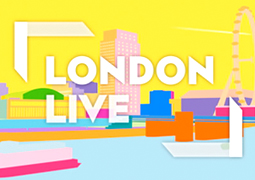 London Live, the local TV service for London backed by Evening Standard owners the Lebedev family, posted an operating loss of £11.6 million for the year ending September 2014 on revenues of £1.3 million.

The channel, which launched in March last year, has struggled to make headway in a crowded digital TV market. It nevertheless recorded an audience of 2.5 million for the month of May according to BARB figures, a rise of 200,000 month-on-month. The channel ranked 21 in audience reach in London with a 0.36% viewing share.

The group said the operating losses for this year are expected to 50% less than the 2013-14 figure.

“We launched a quality channel after building the complete broadcasting chain from scratch and our agile approach during our first year has seen us evolve the channel, focusing investment on the most popular programming and ensuring a financially sustainable cost base for the business.  Following consultations with Ofcom, we have also benefited from a number of modifications to licence requirements, which have enabled us to further boost our offering for viewers,” said Tim Kirkman, chief operating officer, London Live.

“I’m delighted with the progress made over the past few months with the channel enjoying record audiences and revenue. The business is in far better shape than it has ever been and is building a strong foundation for the future which is a credit to Tim and his team,” said Steve Auckland, Group CEO at parent company ESI Media.