Payner Media signs up with Telekom Austria for satellite distribution 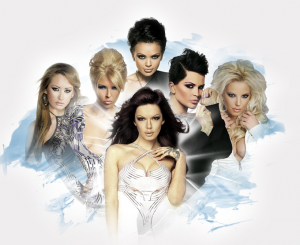 The deal means that Payner’s channels will be available from the Eutelsat platform at 16° East.

As part of the agreement, Telekom Austria Group will offer open simulycript to other DTH pay TV operators on Eutelsat 16, or neighbouring satellite positions. Telekom Austria is making available its own earth station in Aflenz, the uplink facility, and its international backbone network.

“I am very happy that our partnership with Telekom Austria Group deepens and extends beyond Bulgarian borders. Since 2004, we have successfully been cooperating with Bulgarian Mobiltel but after signing the agreement with Telekom Austria Group our most successful Bulgarian music television channels will reach most of European audience via the DTH satellite service, as well as through IPTV. This opens new possibilities for the development of our television business”, said Mitko Dimitrov, manager of Payner Media.

Stefan Amon, director wholesale at A1 Telekom Austria, said: “I am proud to announce an agreement with Payner Media and the popular Bulgarian music channels Planeta HD and Planeta Folk, enabling us to break through Bulgarian boundaries and deliver new and high quality thematic content to a wider CEE region. The channels are covered by Bulgaria´s Mobiltel and A1´s IPTV in Austria and are specifically designed to target the Balkan diaspora across Europe.”