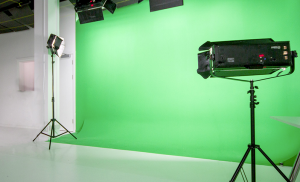 Canis Film & TV, the company’s newly launched two-studio broadcast facility, was built in partnership with Price Studios in Battersea, central London, and features multi-cam TV and Film studio spaces, on top of the existing rehearsal amenities already in the building. Barney Rattle, the company’s newly appointed Studio and Special Projects Director, will be overseeing the management of the new offering and its expansion.

Canis Television and Media has made two additional senior appointments. Steve Webber joins the company as business development manager, where he will be responsible for cross selling the company’s range of services, as well as overseeing the business development of Canis Film & TV Studios at Price. Claire Bramley joins the company as director of local TV, where she will be responsible for managing Canis Media’s recently renewed contract with Comux and the National Operational Centre in Birmingham.

“Having undergone some reshuffling in recent months, it feels that the time is now right for us to diversify and expand our offering. Already renowned for our expertise in channel development and management, the launch of the new divisions mean that Canis now offers a unique service for every aspect of broadcast management and production. Steve’s appointment as Business Manager will help us to cross sell our enhanced services to new and existing clients, and we are delighted to welcome Barney and Claire to the team to manage the studio and local TV elements of the business respectively,” said Alan Judd, CEO of Canis Television and Media.