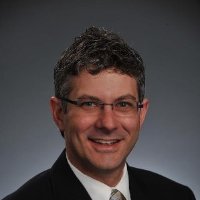 Set-top box market consolidation in “not over”, despite Arris’ acquisition of Pace earlier this year to form the world’s largest STB manufacturer, according to ABI Research.

ABI said that STB market consolidation is driven by three factors – geographic reach and scale, platform expertise, and end-to-end technology capabilities – and that Avago’s acquisition of STB semiconductor firm Broadcom is a sign of the “significant consolidation that will continue to impact the market in the next few years.”

“On the semiconductor side, we expect Intel or Marvell to bulk up their portfolio around the set-top and broadband IC markets. From the hardware / OEM side, we see large players such as Ericsson picking up companies, possibly including Technicolor. We also see TiVo extending its end-to-end capabilities on the infrastructure side, and possibly adding manufacturing expertise for the operator market,” said Sam Rosen, practice director at ABI Research.

ABI said that the pay TV STB market is driven by “transition to digital platforms and HD video worldwide,” which still continues in many regions. However, it added that excluding the “somewhat volatile Asia-Pacific region”, the market shows a 2% annual decline through 2020 from a high of roughly US$12.6 billion from 2012 to 2014.