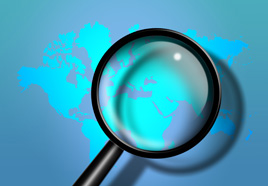 The ‘IPTV in the Arab World 2015’ report claims that IPTV is still developing and in its “initial stage of penetration” in the region, but is now available in Bahrain, Egypt, Jordan, Lebanon, Morocco, Oman, Qatar, Saudi Arabia and the UAE.

The report also said that a number of international and local broadcasting networks now offer subscription video-on-demand services in the MENA region, including Starz Play, Icflix and Istikana.

“By April 2015, there were fourteen service providers in nine countries in the Arab World offering commercial IPTV services. Bahrain had the largest number of IPTV providers with three providers available in the kingdom. Saudi Arabia and the UAE followed with two service providers each,” said Arab Advisors senior research analyst, Hiba Al Atiyat.

“As broadband internet expands in the Arab world, IPTV adoption is increasing. The competition among IPTV service providers within the same country drives its offered features into frequent upgrades, which makes the user’s TV viewing experience more interactive.”

Arab Advisors Group is a member of the Arab Jordan Investment Bank Group and specialises in research, analysis and consulting on the communications, media, technology and financial markets throughout MENA.