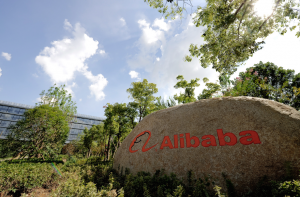 E-commerce giant Alibaba is to launch a streaming service that will “redefine home entertainment” in China.

Tmall Box Office, or TBO, will be a Netflix-style SVOD service that’s penciled in to launch in the next two months.

TBO will comprises acquired content from China and abroad and original, in-house produced programming. Ninety per cent will be paid-for content, with the other 10% available for free, Liu revealed at the Shanghai Film Festival yesterday.

TBO is entering a crowded an competitive Chinese VOD market that also includes Tencent, Baidu-owned iQiyi, Sohu.com, LeTV and Youku Tudou. Alibaba already owns 16.6% of the latter, which is a free streaming platform and one of thehungriest for both overseas acquisitions and original shows.

There was no colour on how the services will work alongside each other.

The move also comes as Netflix itself ponders how to launch a service in China,whose media regulations are largely inhospitable to outside investors.

Reports later surfaced Alibaba founder Jack Ma had looked at acquiring Mark Rachesky’s 37% stake in the studio, though this did not happen and Lionsgate later scored a movie financing package another Chinese firm, Hunan Television.