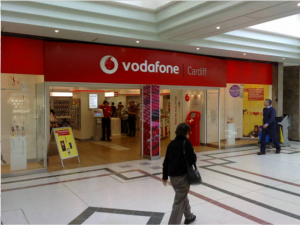 Vodafone has today started to rollout broadband and home phone services in the UK, ahead of launching a TV offering later in the year.

The mobile operator said it is “investing heavily” in Vodafone Connect, its high-speed broadband and phone services, which will initially be available to existing Vodafone customers in selected parts of the country.

Vodafone’s nationwide, fibre optic, network is capable of delivering broadband speeds of up to 76 Mbps and already reaches exchanges that pass nearly 20 million premises across the UK – which will increase to around 22 million later in the summer – according to the firm.

Vodafone UK CEO, Jeroen Hoencamp, described the move as a “new phase” for the business as it looks forward to “providing fixed and mobile services, both here in the UK and elsewhere around the world.”

“Our significant investment is creating hundreds of new jobs over the next couple of years. We are looking forward to the year ahead, including our move into offering TV services, as one which will prove to be a step-change in our customers’ lives,” said Hoencamp.

Vodafone already offers fixed broadband services across 12 countries in Europe, where it has more than 11 million subscribers.